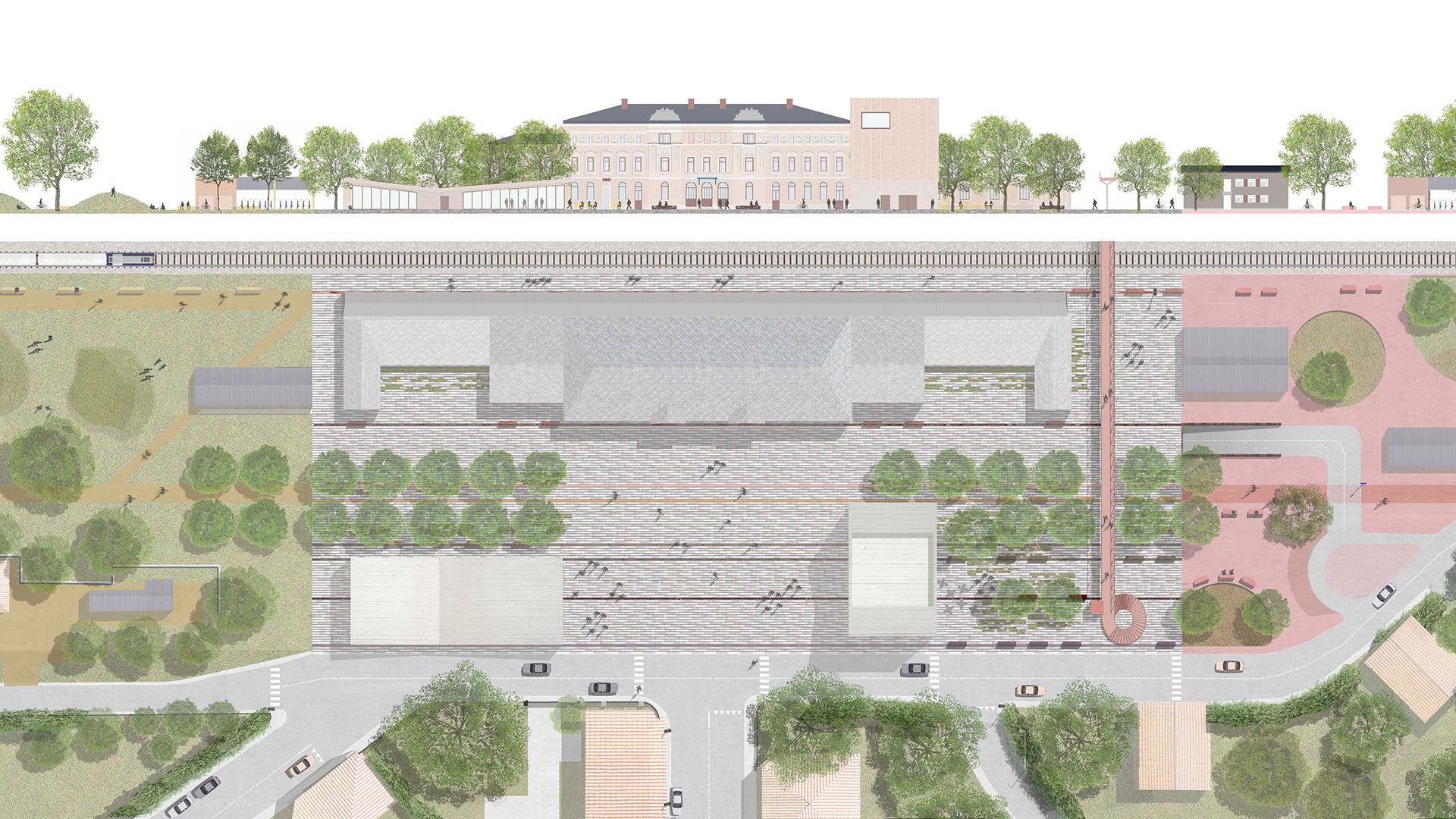 An analysis of the region’s geography shows that natural boundaries have had a much larger impact in defining the urban growth of the two cities than that of the administrative ones. The enclosures outlined by the topography of the valley, the flow of the river Soca and the infrastructural edge of the railway have shaped and conditioned this growth, with the border between the two countries adding another layer of complexity to the condition.

The concept here acquires a double meaning; on one hand it acts as a dividing element, whilst on the other as a facilitator for permeability and interaction.

The territorial intervention therefore looks to draw upon this dichotomy to stitch back together the existing fabric that has been formed by topography and urbanity together. Rather than attempting to over-design and specify the whole zone, the scheme imagines a series of interventions within spaces along the frontier that already demonstrate potential. This area is not seen as one space, but as a sequence of spaces. The thread that sews them together is the bicycle route that weaves through and connects the different zones.