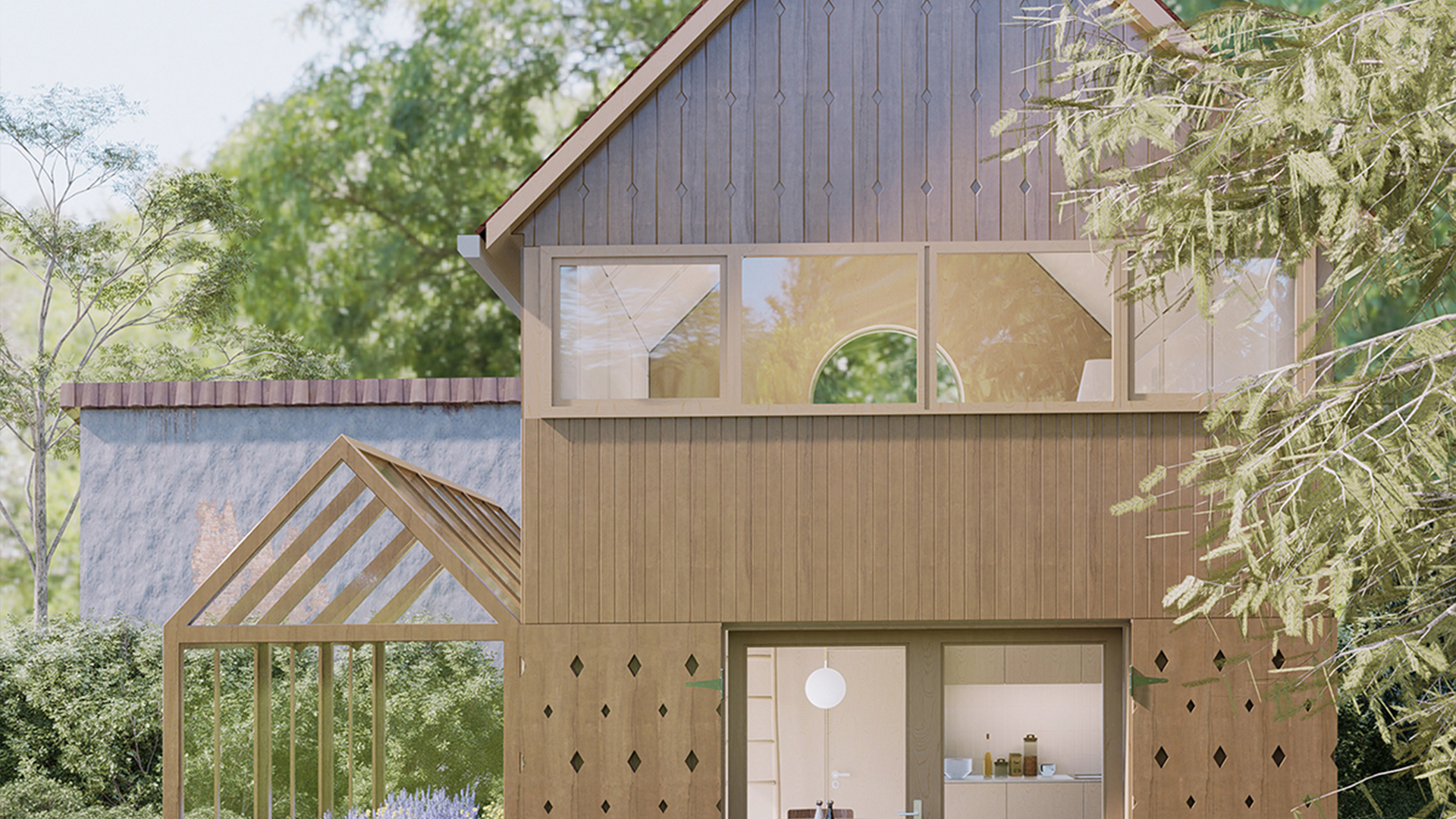 : A house and a greenhouse

The process for this 40 square meter house started by its positioning in the empty plot of land. With the condition of a 7m separation of the property limit, we proposed an orientation Est-West, making the house and its greenhouse to open towards the south.

A very systematic wooden structure was proposed to rationalize the most possible the way in which this house in the middle of the country side would be constructed. With three modules of 4,60×2,20, we assigned one for the most private programs (bathroom
and bedroom) and two other free to be used with a linear kitchen. At the same time, in the two modules on both ends, two mezzanines were added to be used as extra bedroom or semi pubic spaced. With a similar constructive system, a 10 square meter greenhouse was proposed looking towards the south, make the most out of the daylight, generating a climatic barrier, both in summer and in winter.