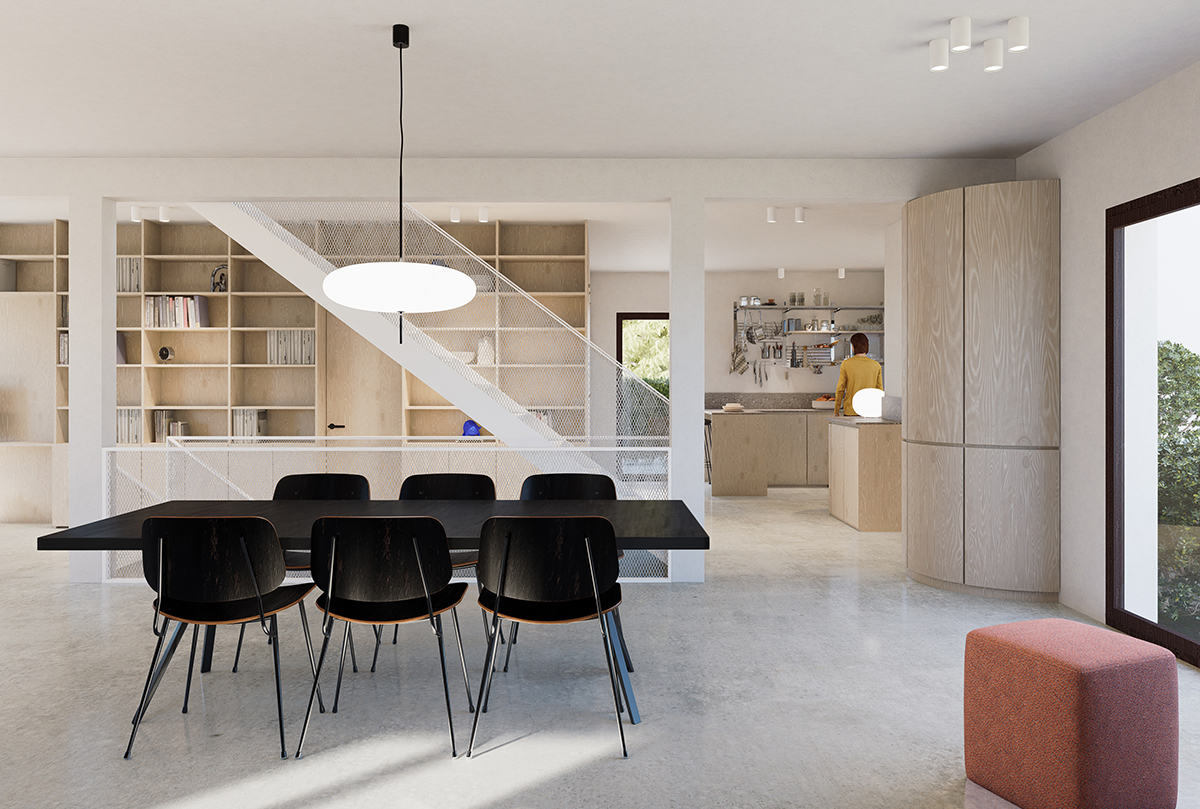 With the intention of keeping the existing envelope of this suburban house, but renovating its entire interior, was that this project set us to work. A partial demolition, with specific structural interventions to open the space in the ground floor, were performed in the first place.

The only restriction was the existing position of the staircase, everything else was reconfigured. A kitchen closely related to the public spaces was designed; and in opposition to this, a private core of bedroom, storage and bathrooms were introduced in the plan to organize the rest of the ground floor. For the upper level, the situation was the opposite, small spaces were opened towards the most public area of the staircase, while the rest of the rooms were kept as found.