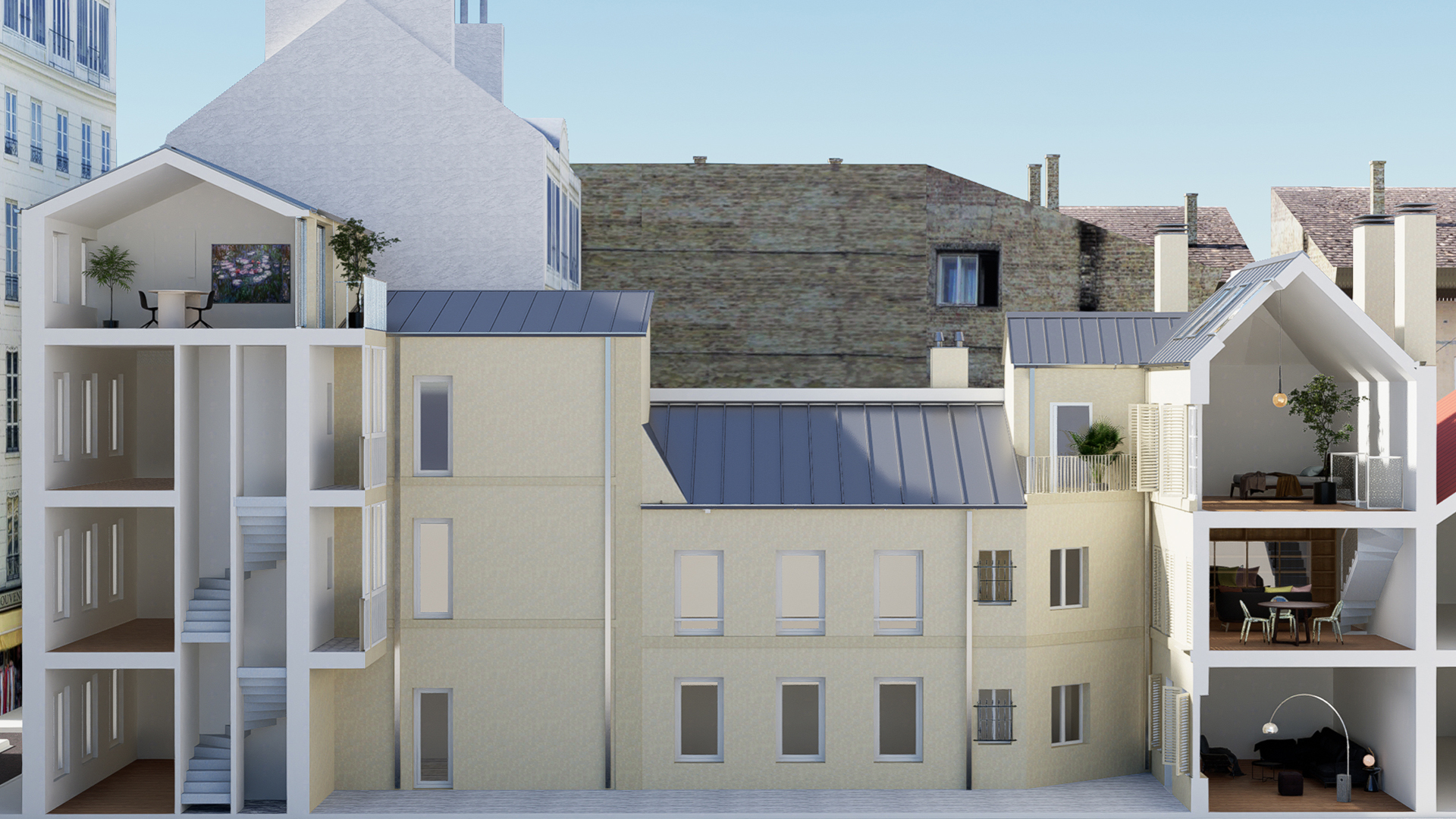 In the realm of what is possible, sometimes the best is to remain silent. Without a striking intervention, the project proposed to repeat what was existent in order to provide a more spacious way of leaving to the people in the building. With two punctual roof extension on the same building bloc, one at the front looking on the street, and the other at the back, looking on the central courtyard, this project worked on the idea of densifying towards the sky, giving a second life to existing building, which was already striving for space.

Each of the two interventions on the same plot were proposed so as to double the size of two different apartments. The one at the front took into account the existing staircase to organize itself. The small program proposed for this last floor was a working-living space and a bedroom, both with views on the street and on the courtyard, and a small terrace that would provide a relation of the extension with the open air. On the other hand, the intervention on the back part of the plot didn’t take into account the organization of the floor-plan below, but just its winding perimeter. Our proposal was to reorganize the existing plan to provide a good position for the staircase that would go to the extension level; and on this last floor two bedrooms, an office and a terrace were placed, all of them around the courtyard.